I just read an interesting post by Christian Jarrett called “‘My Brain Did It!’ Neuro Talk in Everyday Conversation.” He comments on how with the increase of scientific information regarding our brains, people use more and more language that suggests their brain is an autonomous, computer-like agent, separate from their bodies (things like “this menu confuses my brain” or “I can feel my brain whirring”). Perhaps, one researcher has suggested, language like this reflects people’s materialistic beliefs that the mind is reducible to the brain. In other words, they think that their thoughts, feelings, and emotions are equivalent to the physiological processes occurring in their brains. There’s also the possibility that an increase of language that suggests that mind=brain will influence people’s beliefs about their minds and their selves.

This is interesting, but I’m not convinced (about either). The possibility was also mentioned that we talk about our thoughts and feelings by referencing the brain for pragmatic reasons- it can facilitate getting our point across in certain circumstances. This seems more likely to me, first because I think most people actually hold a dualist view of the mind, one that contrasts pretty starkly with the mind=brain viewpoint. People who believe in an afterlife or those who believe in paranormal activity have to believe that there is more to our minds, or our souls, than just the physical brain.

Another reason that I don’t think language about the brain reflects speakers’ beliefs about their minds is that we talk about other body parts in similar ways, but we certainly don’t believe that they operate in isolation. We often say that our heart is breaking or that our stomach wants food, but we know that these organs don’t actually break or have desires.

It does seem like there could be some cool research opportunities here. Do some people use materialist-sounding language more often than others? And does their language use correlate with their beliefs about the mind? Actually, does the average person (who might say something like “my brain said, ‘you can do it,’ but my body said, ‘no, you can’t’) even have beliefs about whether his mind is reducible to the brain?

I just finished Brain Wars: The Scientific Battle Over the Existence of the Mind and the Proof That Will Change the Way We Live Our Lives.

Put concisely, I loved it. Mario Beauregard challenges the dominant materialistic view among scientists that mind = brain. He presents a number of phenomena that can’t be explained by materialism, such as placebos, neurofeedback, meditation, psi, hypnosis, and out of body/near death experiences. All of these are examples of ways that thoughts, beliefs, and emotions can influence what happens in our brains and bodies and affect our heath and well-being. In other words, our physical bodies don’t seem to be wholly determined by our physical brains.

“Mental activity is not the same as brain activity, and we are not “meat puppets,” totally controlled by our brains, our genes, and our environments. Indeed, our minds and our consciousness can significantly affect events occurring in the brain and body, and outside the body. We do have these immensely important capacities, and it is time for science to begin taking them seriously.”

For a while I’ve felt torn regarding the mind-brain relationship. If scientists didn’t believe that studying the brain would inform them about the mind and consciousness, why would they study it? But at the same time, people are drawn towards the idea that there is more to the mind than simply the physical brain, or else they would not practice religions geared towards life after death, when the mind transcends the physical. It’s always felt like a bit of an impasse.

Beauregard’s claim is that the mind and the physical world aren’t actually separated, but instead they just appear to be. They are distinct but complementary aspects of one reality. 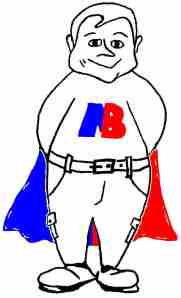 In the conclusion, he talks about what the brain sciences can learn from Quantum Mechanics:

“The work of QM has effectively dematerialized the classical universe by showing that it is not made of minuscule billiard balls, as drawing of atoms and molecules would lead us to believe. QM has shown that atoms and subatomic particles are not really objects- they do not exist with certainty at definite spatial locations and definite times. Rather they show ‘tendencies to exist,’ forming a world of potentialities within the quantum domain.”

In the future, he argues, we won’t make progress in understanding the relationship between the brain and mind until scientists can shed their insistence on materialism, which causes them to “neglect the subjective dimension of human experience and downplay the importance of mind and consciousness.” When we have firm expectations about what we’ll find when approaching a research problem, it comes as no surprise that those expectations are met. If we want to understand the human mind as fully as possible, on the other hand, we have to be more open to different possibilities.